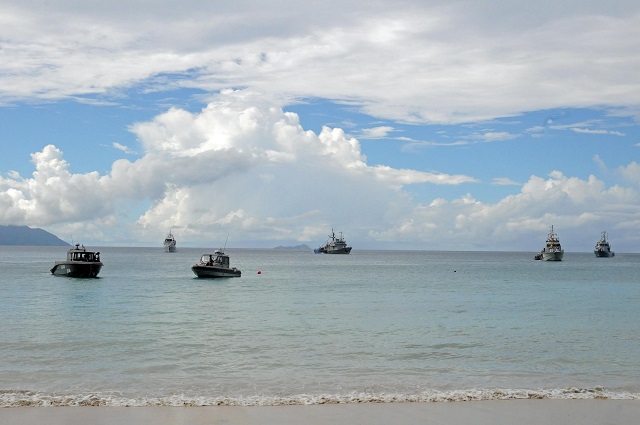 Famed for its idyllic beaches and pleasant tropical climate, and with a population of less than 100,000 permanent residents, Seychelles is perhaps the archetypal small island state. It is also an increasingly important actor in the maritime security of the Western Indian Ocean region. This is in large part due to two factors. First, its strategic location off the coast of East Africa, in proximity both to the troubled state of Somalia and to some of the world’s busiest and most important maritime trade routes. Second, the significance of the maritime sector to the Seychellois economy, through fishing, tourism and so on, and the willingness of the government to take on a regional leadership role in countering maritime insecurity. Seychelles for example has one of the most capable ocean-going coastguards in the region and has been one of the most active states in the region in the fight against Somali pirates, including as the leading centre for the prosecution of suspects.

So, for all its small size and relative geographic isolation, Seychelles punches above its weight in the maritime arena. It has also been the subject of a range of sometimes ambitious capacity building initiatives by external actors to support its burgeoning role. These include the donation of coastguard vessels by donors including India, China, France and the UAE, support to the development of local Maritime Domain Awareness (MDA) capabilities, and the provision of training, support and advice to personnel in the Seychellois maritime security sector. Yet despite many successes, challenges remain, and the country’s experience in these initiatives offers some important lessons for maritime capacity building efforts in the Western Indian Ocean and beyond.

The first of these is the importance of human resources considerations in the sustainability and success of any capacity building initiative. Seychelles remains a small country. Its maritime security agencies are similarly small scale in nature and face challenges of recruitment and retention in practice. The Monitoring, Control, and Surveillance Section of the Seychelles Fishing Authority (SFA) for example, has less than 15 staff and one patrol boat – and this to monitor an Exclusive Economic Zone of 1,4 million square kilometers (half the size of the European continent). Similarly, while the Seychelles coastguard has nine ocean going patrol vessels, it struggles to put more than one or two of these to sea at any one time, and is dependent on external support for their maintenance and upkeep. Where no maintenance agreement is in place (as is the case with at least two of the ships), their viability as functional assets is open to question.

The second and related lesson is the importance of a proper local needs assessment before capacity building initiatives are put in place. The Seychellois maritime security practitioners from implementing agencies we spoke to suggested it was rare – indeed almost unheard of – for them to be consulted prior to the development of new projects. Instead, international donors had a tendency to rely on global best practice solutions or technical knowledge from elsewhere in putting together projects. However, such ‘top down’ approaches can cause problems. One example mentioned by the SFA was the offer of a drone surveillance system to assist with MDA and monitoring by one external actor. Yet, while sounding good on paper, such a system would be difficult use effectively given the SFA’s staff constraints. At the same time, their own experience suggested that intelligence-led approaches were generally more effective than surveillance and patrolling ones in addressing illegal fishing and other violations.

This relates to a final lesson, which is the importance of different forms of knowledge and expertise in developing effective solutions to maritime security challenges. There can sometimes be a tendency amongst external donors to overemphasise technological fixes to maritime security challenges, and of scientific or technical expertise above other forms of knowledge, in particular local practical knowledge. Thus, for example, as the case of the SFA discussed above illustrates, MDA might not always be best approached from a technological perspective – whether that be through drone surveillance or radar technologies and the real-time display of information. Instead, developing contacts and relationships of trust with local fishermen to support intelligence led operations may be more effective in practice, and more in line with local experience and human resource capacities.