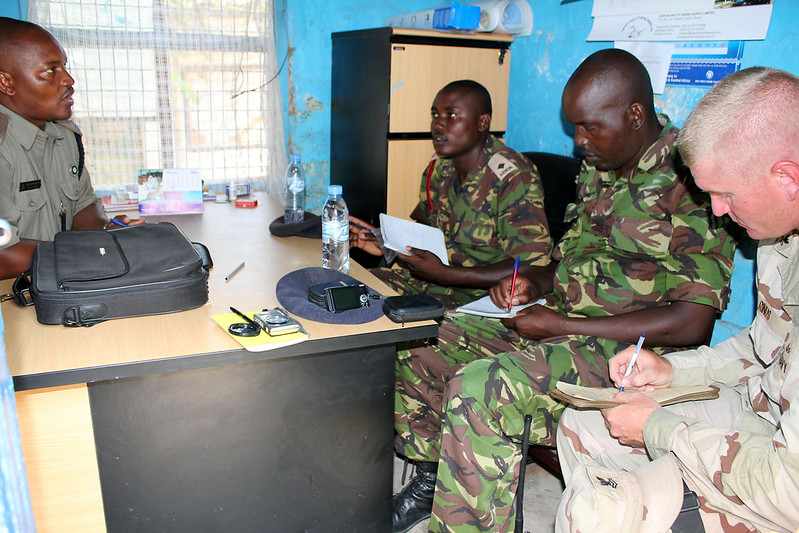 Inherent in contemporary understandings of capacity building is the idea that if a country possesses the right knowledge and technology then it will be able to handle the challenges associated with the Sustainable Development Goals. In consequence, much emphasis of capacity building work is on transferring technology and knowledge to least developed countries. Often, little thought goes into the question what the “right” or “appropriate” knowledge might be. The assumption is that knowledge (such as what functions a maritime security sector has to perform) is universal and can be easily transferred.

A text by Jan Cherlet, that I recently read, describes such a way of thinking as “epistemic determinism”. For Cherlet (2014: 776), “epistemic determinism can be defined as the two-footed ideology that knowledge is an immaterial good whose production is independent of the social context, and that this immaterial good can be transferred, without much effort, to another social context where it will have meanings and effects similar to those in the original social context.” Cherlet provides a genealogy of that idea, tracing it throughout the history of development policy stretching from enlightenment, post-world war two discussions to contemporary thinking of the World Bank and other actors. As he shows, the core problem is that “epistemic determinism does not recognize that all knowledge is socially and historically situated” (Cherlet 2014: 776). In other words, knowledge means different things to different people in different contexts and situations. It needs to be translated and re-produced in that particular context. Knowledge is not an independent object which could travel freely. Instead, as in particular, sociologists of science have shown claims to the universality of knowledge tend to be particular political moves to sideline other forms of knowledge and to direct change in a particular direction.

What it means for capacity building

In the capacity building work by international actors we can see epistemic determinism at work, given the emphasis that is placed on knowledge transfer through trainings by external experts, mentors or policy and technical advisors. The emphasis is on transfer not on knowledge generation, which would imply to put stronger emphasis on joint knowledge production in the local context and the building and funding of planning departments, research and analysis units, think tanks, or university departments.

Epistemic determinism is a core hindrance to successful and sustainable capacity building, since the entire idea of ownership only makes sense, if not only the resources and implementation process is “owned” by a government, but also the foundational knowledge underlying it (Abrahamsen 2004).

1 thought on “What knowledge does capacity building need? The fallacies of epistemic determinism”