Safeseas are pleased to announce that co-directors Christian Bueger and Timothy Edmunds, alongside Barry J. Ryan, have edited a special volume of International Affairs centred around maritime security.

The special issues builds upon on their previous article ‘Beyond seablindness: a new agenda for maritime security studies’ that argued that developments in the maritime arena have flown beneath the radar of much mainstream international relations and security studies scholarship, and that a new agenda for maritime security studies was required. In the introduction of the special issue, ‘Maritime security: the uncharted politics of the global sea’, they reiterate their call for more scholarly attention to be paid to the maritime environment in international relations and security studies. They further argue that the contemporary maritime security agenda should be understood as an interlinked set of challenges of growing global, regional and national significance, and comprising issues of national, environmental, economic and human security. The five contributions in the special issue set out to advance this understanding, with two having a more traditional perspective, while three analyse non-traditional areas.

What are the challenges in governing maritime security? How can the capacity gap closed through capacity building projects? What guidelines can make such work more effective? These are the questions that the SafeSeas Network explored over the last years, culminating in the SafeSeas Best Practice Toolkit titled “Mastering Maritime Security”. In a new short article … Read more

In a new blog titled “Uniting nations: developing maritime domain awareness for the ‘Blue Pacific’” published by The Strategist, Prof. Christian Bueger discusses together with Dr. Anthony Bergin which steps the Pacific region might want to take in establishing maritime domain awareness. As the blog argues, the lessons collated by SafeSeas from the Western Indian … Read more 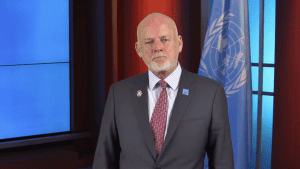 The Special Envoy for the Oceans of the United Nations Secretary-General, H.E. Mr. Peter Thomson, formally opened the SafeSeas Symposium on Capacity Building for Maritime Security on the 2nd of March. The goal of the high-level symposium is to rethink the strategy and methods of capacity building in the Western Indian Ocean region.

SafeSeas is pleased to announce the publication of the Best Practice Toolkit entitled Mastering Maritime Security: Reflexive Capacity Building and the western Indian Ocean Experience. The report presents the core results of the SafeSeas project drawing on 16 months of research and work with a wide range of partners from the Western Indian Ocean region. The … Read more

Maritime security, the blue economy and ocean health depend on each other (see box). Resource constraints demand that these sectors are closely coordinated and that efforts are not duplicated. Fishery services and environmental agencies hold information generated from their monitoring activities that is relevant to maritime security. Regulation of offshore resource exploitation, monitoring of fisheries and environmental protection require law enforcement at sea. Successful maritime security policies require the integration of the blue economy and ocean health.

For donors and implementers of regional organisations it is often difficult to reach out to recipient countries. They struggle to identify the right individual or organisation to speak to or invite as a representative to a coordination meeting. The result can be that a government is weakly represented at international events, or that information about opportunities arising are not adequately transmitted within the government.

For many countries, maritime security strategies and plans are a useful coordination device. Such strategies provide overall direction and guidelines; they map agencies and accountability relations and describe maritime security governance structures and the roles and responsibilities of each agency. Often, as in the case of the EU Maritime Security Strategy or the Seychelles Maritime Plan (see box), they are accompanied by detailed plans of action and investment strategies.

Effective knowledge production about activities at sea, also known as Maritime Domain Awareness (MDA), is one of the backbones of successful maritime security governance on both national and regional levels. Establishing a centre that integrates data on maritime activity and analyses it is a priority. Such centres share information between agencies on both national and regional levels. In many countries, a national centre also integrates search and rescue, as well as the monitoring of fisheries.