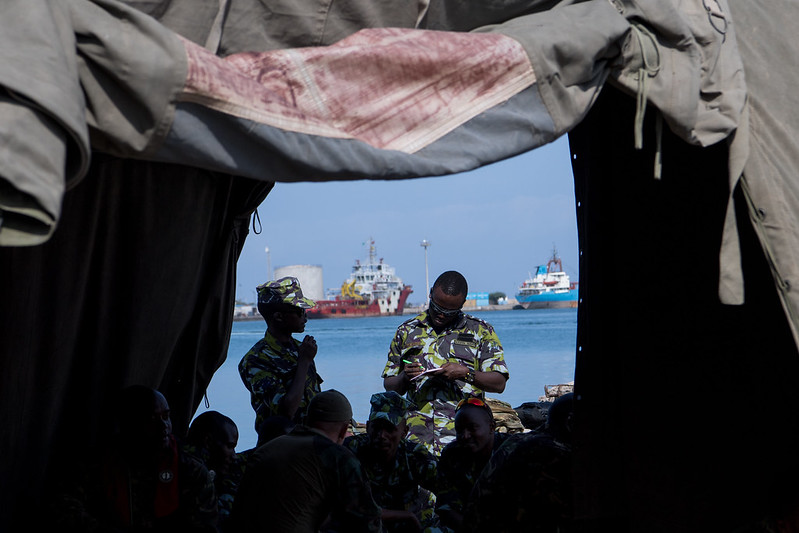 One of the core challenges of governing the maritime in order to achieve the goals associated with maritime security and the blue economy is the coordination of the different governmental agencies implementing policies at sea and those societal actors that use the sea. Our recent meetings with practitioners in Kenya and Seychelles revealed the different approaches countries are taking in addressing this challenge.

Seychelles and Kenya are in quite a different position. Both countries have played an instrumental role in the counter-piracy operations since 2008, not the least since they were the regional countries most directly affected by it. If piracy was a wake-up call for both countries to take matters of maritime security seriously, the emphasis that has been placed on marine policy is quite different. The Seychelles as a small island state has been at the forefront of the global ocean governance debate for decades. In particular, it has contributed to the discussion on the blue economy and in campaigning for the inclusion of a maritime goal in the UN Sustainable Development Goals. Kenya has only recently started to pay attention to the blue economy, with the president declaring it a top priority in 2016.What kind of approaches and instruments are used in the countries to coordinate policy?

Both Kenya and Seychelles, firstly, have introduced a range of new governmental bodies. Seychelles introduced a high level committee on piracy as well as a dedicated department on blue economy situated within the ministry of finance. The department is leading the development and implementation of a blue economy roadmap.  Kenya on the other side introduced a presidential blue economy committee in 2017, which is chaired by the chief of the Kenyan navy. A range of other committees, including on security, border management and fisheries, likewise deal with Kenya’s marine policy.

Both countries are, secondly, in the process of codifying inter-agency relations. Kenya has done so in the revisions of its National Security Act of 2015. The act provides an overarching legal framework, while the Kenyan Maritime Authority is identified as the lead agency for the coordination of marine policy. Seychelles is in the process of finalizing dedicated Memoranda of Understanding (MoU) regulating the relations between agencies. These MoUs deal with practical matters such as the transfer of suspects or the sharing of information and evidence.

Thirdly, both countries are in the process of developing a National Maritime Information Sharing Center. The centers aim at integrating existing national monitoring and surveillance, operational or search and rescue centers of different agencies in order to fuse information and provide a common Maritime Domain Situational picture. The centers are also intended to feed into the regional MDA architecture, such as those developed under the Djibouti Code of Conduct or the MASE project. In both countries work on these centers has started in 2017 and they are already partially operational.

Fourthly, Seychelles and Kenya are running ambitious planning processes, yet these have quite different foci and directions. In addition to the Blue Economy Roadmap, Seychelles launched in 2014 a Marine Spatial Planning process. Through stakeholder committees and workshops as well as scientific data on biodiversity and ocean use, the government develops a plan on how the Seychellois marine space should be used in the future, which zones will become marine protected areas and which ones are available for industrial activities. The first phase of the planning will be completed by the end of 2017. While primarily a tool for sustainable development and environmental protection, the planning has also security implications, since new regulatory zones are introduced and the new regulations will have to be enforced through patrols and surveillance.

If Kenya’s Blue Economy Committee is currently driven forward several policy initiatives, the countries current most ambitious initiative is the development of a Maritime Security Strategy. Following similar initiatives of other nations (e.g. the UK) and regional organizations (e.g. the AU or IGAD), the plan is to develop a comprehensive strategy for dealing with maritime security.

In particular, the latter initiatives involve a considerable social dimension. Through committee and stakeholder meetings and training workshops participants from different agencies form significant inter-personal relations. Interlocutors have frequently highlighted the importance of interpersonal relations for successful coordination in everyday practice. In other words, often it is the planning process and the negotiation of documents and policies that can facilitate coordination in everyday life.