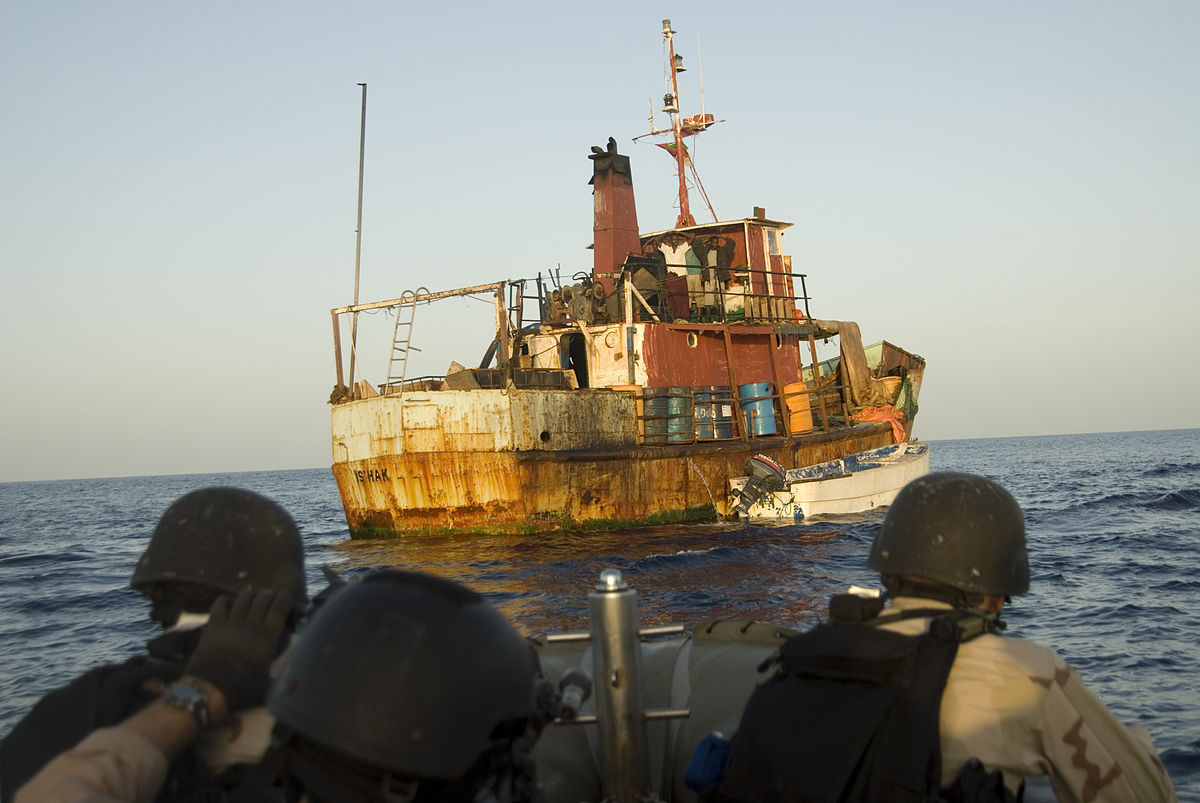 Somali pirates take a very business-like approach to their craft. “We attack big ships that can pay us. However, after capturing several ships we have learned about what type of ships to target and which ship owner is able or willing to pay ransom money and the countries these ships usually come from,” remarked a pirate who was interviewed for a study just published in the journal of Negotiation and Conflict Management Research.

The study by a team from Michigan State University interviewed two former Somali pirates now living in Europe. They focused on how the pirates target and capture ships and then negotiate ransoms for the release of the ship.

The conceptual framework used to understand this negotiation process is termed Extortionate Transactions. The framework argues that these kinds of negotiations revolve around five paradoxes. The first two focus on how individuals view the circumstances that bring them into a crisis of extortion. First is the paradox of dispossession, or the more one has the less one has to lose. The hostage taker is both powerful (in the taking of hostages) but powerless (unable to affect change through legitimate channels) at the same time. Second is the paradox of detachment in that parties in the crisis are both attached and detached to one another and the situation simultaneously. They must work through one another to achieve an outcome, but they are detached in the sense that they dislike and distrust one another.

The remaining paradoxes focus on how parties manage the negotiations. Specifically, third is the paradox of face which holds that parties must appear both firm and tough, but also understanding and fair simultaneously. Hostage takers must appear sufficiently threatening, but also able to craft a deal. Fourth is the paradox of irrationality in which parties appear both rational and irrational at the same time as they figure out how to respond to the situation. Finally, parties must learn to confront the paradox of time which deals with the need to resolve the situation quickly while also working to lengthen the process to maintain order and let the negotiation process work.

The study found that both the Somali captors and the ship-owner negotiators can only resolve the negotiations by understanding these paradoxes and managing them effectively. For example, the pirates manage these paradoxes by taking a very sophisticated and systematic approach to hijacking ships for ransom. The process begins with a “business man” or funder who is willing to put up the cash to get the process started. Tribal elders provide the logistics, planning and strategies.

The planning includes extensive intelligence networks in the various Middle Eastern ports surrounding Somalia that are used to determine potential targets. As the pirates explain, a good target is a ship that comes from a rich country carrying a cargo that is not for humanitarian purposes, and has low sides and light defenses for an easy breach.

Once a target is identified the business man puts up the $30,000 or so needed to fund the operation. This money buys one big boat for support and two high-speed boats and weapons. “The team is deployed once the intel is received from a given ship or when we see a ship that could yield valuable ransom money in the ocean. So, we send the two small boats, which travel longer distances at high speed to capture the ships. These two boats carry a plastic/rubber ladder that we use to climb up to the ships we capture.”

Crews are well trained in using weapons and capturing ships. Pirates respect one another and work well together as a team. Elders of the tribe keep order and deal with any conflicts among the crew.

After a ship is captured the pirates immediately turn off all communication equipment to make the ship go dark. “Usually, if the company or ship owner is unable to get hold of their ship, they begin to worry and when we turn the communications of the ship back on, the ship owner or company is ready to negotiate.” The ship is then taken to a port and secured.

Once in port, the captain establishes contact with the owners and then turns over the negotiations to the pirates who work through a translator. While the negotiations are going on, the captain returns to the crew to keep them calm. The crew cooks for itself with supplies from the logistics team at the port.

The average ransom for a captured ship is usually well over $5 million. If the negotiations reach a sticking point, the pirates can begin threatening the crew to motivate the owners to settle. Ransom payments are made in cash dropped on the ship from a helicopter. About 5% of the ransom goes to shore administration, 60% goes to the businessman funder, and the remaining 35% is split between the crew and other parties involved.

Pirates are easily recruited because the money enables them to start a new life, mostly in Europe, which costs about $24,000, according to one of the pirates. Life in Somalia is very difficult since fishing and other forms of employment have dried up. In some communities pirates are looked down upon and shunned by their tribes. In others piracy is an acceptable practice.

Once the ransom is paid the ship is released. The pirates have a very extensive network so that ships are not immediately recaptured once they leave the Somali coast.

Perhaps the greatest challenge for ship owners in confronting these events is learning how to manage the paradoxes of the extortionate transaction. They must first understand how the Somali pirates view their circumstances (paradoxes of dispossession and detachment), and then adopt a negotiation process that enables them to confront the remaining paradoxes. Specifically, the paradox of face is a particularly important one. Prior research indicates that confronting this paradox requires negotiators to adhere to a specific process in which the communicators first develop a relationship or ability to understand one another, and then work through the issues in a systematic form. Failure to adhere to this kind of systematic approach subjects the negotiators to a chaotic environment that threatens the safety of the crew.

William A. Donohue is a distinguished professor of Communication at Michigan State University. He received his Ph.D. from The Ohio State University in 1976. Dr. Donohue has published extensively in the areas of conflict, communication, negotiation and mediation while also conducting workshops and other intervention activities focusing on communication, leadership development, and conflict management. His co-authored book, Framing matters: Perspectives on negotiation research and practice in communication, provides a broad understanding of the role of framing in negotiation research. Dr. Donohue is a recent past president of the International Association for Conflict Management and is on the editorial board of several major journals. He can be contacted at donohue@msu.edu.

Sharmaake Sabrie is an American and a native Somali. He is currently a graduate student in the Master of Science in the Foreign Service (MSFS) program at Georgetown University’s School of Foreign Service. Sharmaake works for the World Bank as a Private and Financial Sector Development Consultant. He previously worked for the U.S. Treasury Department as a sanction investigator trainee. He served the European Parliament as a policy analyst for Middle East and North Africa during the Arab Spring. Sharmaake previously worked with NATO on piracy in the Horn of Africa and on trans-Atlantic security challenges; he also worked for the International Criminal Court on issues of international justice and for the International Organization for Migration on migration issues from South Europe, Africa, and the Middle East.