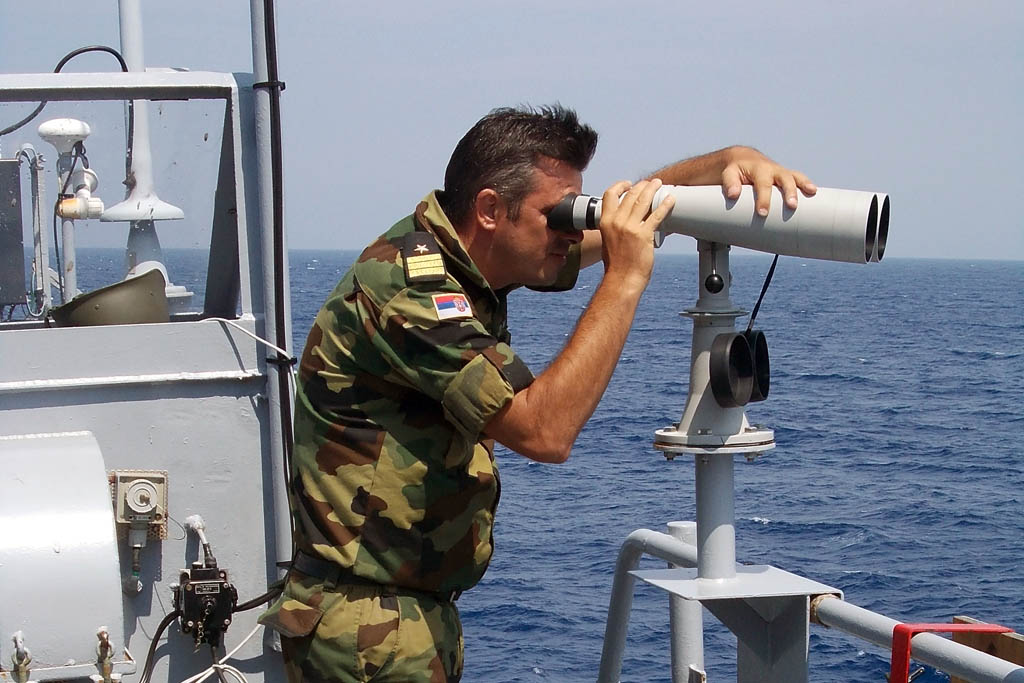 When the European Union (EU) launched EU NAVFOR Somalia (Atalanta) in 2008, it became the third multilateral anti-piracy operation established in the waters outside Somalia – all with military contributions from many of the same European states. The United States of America (the US) was establishing a ‘coalition of the willing’ anti-piracy force, the Combined Maritime Task Force (CTF-151). And in October 2008, followinga direct request from the UN Secretary-General, NATO launched humanitarian operation ‘Allied Provider’ to protect World Food Program (WFP) aid shipments to Somalia. So why then did the EU member states just one month later agree to launch an additional, and compared to the NATO mission, more long-term and clearly bigger naval military mission in the same theater? Why not instead strengthen and prolong the already established NATO mission? This puzzle is addressed in a recent article in European Security. After all, there is only a limited amount of military resources that can be deployed by the European states at any time, the EU had no previous experience in conducting maritime operations, and NATO has traditionally been the preferred security provider for many European states. Nevertheless it is the EU, and not NATO, who together with the US has taken the lead in the international political, military and diplomatic efforts to solve the situation both at sea and at land.

To account for this, in the European Security article I trace the Atlanta decision-making process in order to identify what factors led to agreement on this option. Data consists of interviews across the different EU institutions, different EU member states officials, NATO military staff and delegates to the International Maritime Organization, as well as official and informal documents from the same institutions and from different EU and NATO member states.

The analysis shows that the decision to prioritize the EU option can be explained in two phases during which different mechanisms were at work. In 2008, Somali piracy had become an international security problem. Somali pirates threatened the free passage of ships going through the Gulf of Aden, and they increasingly attacked ships delivering WFP food aid to Somalia. And it all happened before the eyes of European publics watching these events on live TV. Against this background, and the UN Security Council’s call for multilateral action, it was possible for a French-led coalition of defence integration friendly countries to place the option of an autonomous EU naval mission on the EU negotiation table. However, the EU choice was not linked foremost to a geopolitical balancing game or to the particular member states’ EU foreign policy ambitions, as one would expect following conventional perspectives on foreign policy. Reluctant member states were not threatened into submission. Instead, the member states endorsed the French suggestion quite voluntarily due to legitimacy considerations.

Discussions at EU and member state level focused on how to deal with detained pirates. Member states wanted a deterring law-enforcement operation that was based on human rights standards and conducted in accordance with the UN Convention on the Law of the Sea (UNCLOS), but without bringing suspected pirates to Europe for prosecution. The solution was to establish agreements with third countries in the region on the transfer and fair treatment of suspected pirates. And this could only be achieved by the EU. The EU is a political organization and could therefore take a more comprehensive approach, coordinate policies across different policy-areas and draw on tools linked to policy-areas outside of the EU Common Foreign and Security policy framework. In particular France, who held the EU presidency at the time, could draw on a wide area of expertise both from the Council and the Commission. And it could draw on different ‘first pillar’ tools such as development aid to get transfer-agreements with countries in the region. Being a military organization, NATO simply did not have the necessary tools to do the same. Faced with an increasing problem and the UN’s call for multilateral action, the member states learned that the EU could provide the most appropriate response.

The key actor that one would expect to opt for the NATO option, the UK, provides an illustrative example: Rather than submitting to threats or accepting Atalanta as part of a strategic package-deal, the UK supported an EU operation from the very beginning due to its legal aspects regarding the treatment of captured and suspected pirates. UK policy-makers both in the Government and in the Parliament tried to find a way of dealing with captured pirates in accordance with UNCLOS and the human rights conventions before Atalanta was suggested and before NATO’s ‘Allied Provider’ was launched. Due to such concerns, the UK had indeed already signed a bilateral agreement with Kenya on the transfer and treatment of captured pirates. And when presented with the possibility of an EU mission, the UK endorsed it because it understood that it was the EU that could provide the necessary legal, diplomatic and policy framework and thus the type of multilateral operation it wanted.

In the Atalanta case, it was thus not the organization as such that mattered the most for the EU member states’ choices, but rather what it could deliver linked largely to legal, normative and practical considerations. This might perhaps also be what we will witness in future cases. Increasingly, Europe’s main security challenges are somehow linked to the sea – ranging from the growing importance attached to secure global shipping lines and energy security, environmental changes in the Arctic area and the fact that most of today’s immigrants to Europe come by boat, to territorial claims made by rising powers like China and Russia. The focus on developing a strong maritime dimension to EU foreign policy, evident not least in the EU’s Maritime Security Strategy, suggests that European states want to address these challenges within the EU context. In a world where European states concerned with human rights protection are faced with different types of threats in a changing security context, it is thus reasonable to assume that this is not the last time the EU is seen as the most appropriate security provider.

Marianne Riddervold is a Post-Doctoral Fellow at the Arena Centre for European Studies, University of Oslo, Norway. Her main areas of academic interest include theory development within the field of international relations and European integration, the Common Foreign and Security policy of the EU and the EU as an international actor. Marianne can be contacted at marianne.riddervold@arena.uio.no.

Photo by Serbian Ministry of Defence