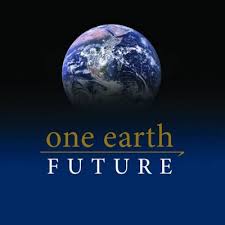 SafeSeas researcher Dr Rupert Alcock attended this OBP report launch event at the Riverside Park Plaza, London, 23 May 2018. The annual report assesses the economic and human costs of maritime piracy in four regions: East Africa, West Africa, Asia and Latin America and the Caribbean. As testament to the ever growing global interest in piracy and wider maritime security challenges, the event attracted more attendees than all prior launches of its kind to date.

Senior SafeSeas researcher Dr Rupert Alcock presented key findings and policy implications from SafeSeas’ initial 18-month period of research funded by the British Academy. The workshop took place at the British Academy in London on 16 April 2018. It was opened by Programme Director Professor Paul Jackson and was attended by policy makers from UK and European government departments whose work focuses on sustainable governance and capacity building.

Dr Alcock opened his presentation by tracing the growing global political attention attracted by the maritime domain and the world’s developing ocean resources, before outlining the core question addressed by SafeSeas: how can we assist countries in the Western Indian Ocean region and elsewhere in tackling maritime insecurities such as piracy? He then outlined some core guidelines for redirecting capacity building efforts that were consolidated in SafeSeas’ best practice toolkit ‘Mastering Maritime Security’ that the team launched at its high-level symposium in Nairobi in March 2018.