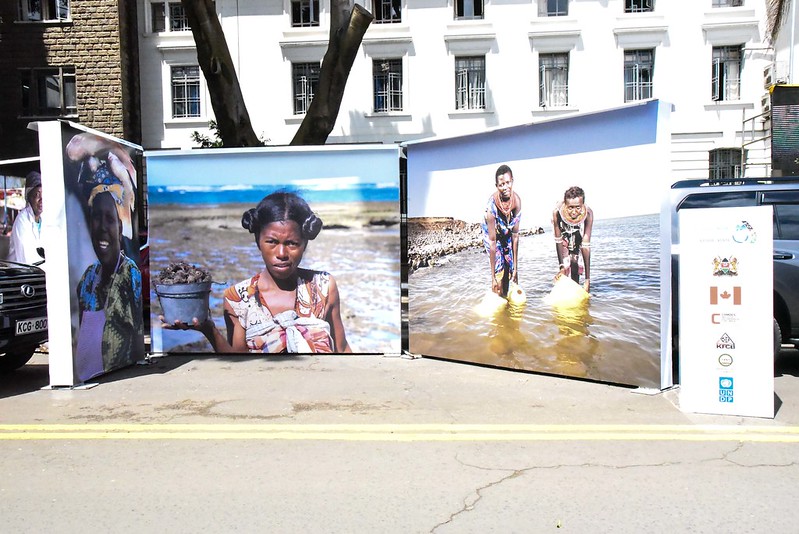 The Blue Economy and Maritime security are two of the major frameworks for the contemporary discussion of ocean governance. Although some efforts have been made to define what the blue economy consists of, it is yet another fuzzy term with indeterminate meaning of the ocean governance agenda. The term has notably become important to frame the discussion on sustainable development. In particular, Small Island Developing States and African states have embraced blue economy as one of their guiding ideas. Yet, what are the convergences between blue economy and maritime security thinking? And why is it important to think both together?

Two sides of the same coin

In two short publications, I have argued that blue economy and maritime security are two sides of the same coin. While the former highlights the opportunities of the sea, the latter emphasizes its perils and dangers. The two agendas are interdependent. Without a sufficient degree of security, ocean resources cannot be developed. Whether it is tourism, wind farms, fishing, or offshore oil platforms, these require a secure environment which is not threatened by criminal activity. Sustainability and environmental protection requires law enforcement capacity. Oil spills need to be prevented, fishery regulations enforced and environmental crime stopped. On the other side of the equation, maritime security requires the development of the blue economy. A core factor in the spread of maritime insecurities, violence and crime is the welfare of coastal communities. As is perhaps best visible for the case of Somali piracy, many coastal communities have been economically marginalized and in response turn to maritime crime as a source of income. A secure environment is hence impossible if coastal communities do not benefit from blue economy development.

Thinking the blue economy and maritime security together has hence two direct consequences, which both are important for SAFE SEAS. Firstly, merging the two agendas directs our attention to the importance of coastal communities. The blue economy discourse easily slips into a discussion of how corporates can exploit maritime resources, and the maritime security discussion too often becomes a debate on navies and coast guards. Yet, thinking both agendas together, alerts us to the fact that coastal communities need to be the prime beneficiaries of economic development. They also play potential vital roles in maritime law enforcement, and can act as the eyes and the ears of security agencies, for instance, in addressing fishery crimes.

Secondly, capacity building activities should explicitly contribute to both maritime security and blue economy objectives. If both agendas are de facto inseparable it will be important to always ask the question in programming and implementation: What are the economic benefits? and What are the security implications? What are synergies in areas such as maritime domain awareness and law enforcement?

The blue economy and maritime security are issues discussed by different professionals and organizations. While blue economy is a concept of economists development workers and environmentalists, maritime security often only debated among security experts, the military or police. The fuzziness of both concepts is an opportunity. Thinking both agendas together will open the path to new synergies and contributes to a safe and sustainable management of ocean resources.