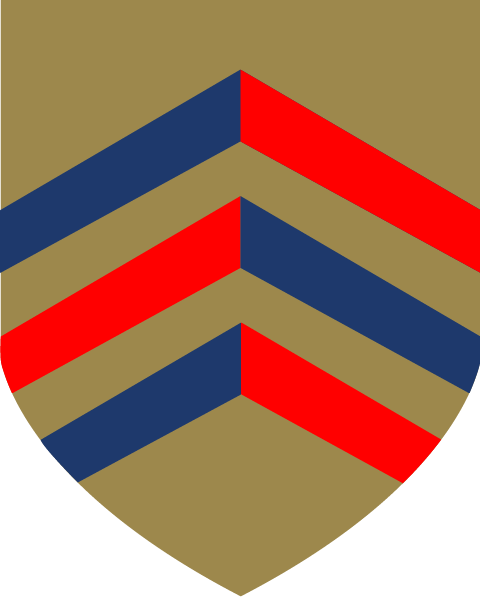 The third international maritime security conference was held at Merton College, Oxford on 1 and 2 April 2014 with over forty delegates. It involved two days of lively conversation, stimulated by short presentations on various aspects of maritime challenges, conflict prevention and crime. The conference continued a dialogue begun in 2011, when we first brought together academics with an interest in the maritime with a range of practitioners from developmental NGOs, government policy makers and navies to talk about the inter-linkages between and the factors facilitating various aspects of maritime crime.

This year’s conference once again showed that maritime security is not an end in itself – each presentation showed that we seek maritime security for very important purposes. For most countries maritime security is vital for food security. An extreme example is the dependency of the cash rich Gulf States on food import; though they are well able to deal with price risks, they are surrounded by choke points which make them vulnerable to supply risks. Maritime security is crucial to national as well as human security: drug traffickers, gun-runners and terrorists often use the established sea-routes of vulnerable illegal migrants on the journey to their destination to circumvent border controls. Security and clarity of law is also needed to protect vulnerable ocean habitats and the species within them – an issue that becomes ever more pressing as climate change and pollution reduce suitable habitats and demand for fish protein increases. Finally, the sea provides a livelihood for fishermen and seafarers: maritime crime and exploitation means many of them live in fear and misery and sometimes become unable to provide for their families; on a global scale the cumulative effects threaten an increasingly important source of food and energy in a world stressed by population increases, growing cities and climate change.

So what do we need to consider when we deliberate on a maritime security strategy? We know that it is possible to mobilise sufficient resources to deal with difficult and asymmetric security threats – as shown by the successful suppression of Somali piracy since 2012. However, the upsurge in ‘irregular arrivals’ from Somalia into Yemen and a number of recent heroin seizures in the Indian Ocean illustrate that we are dealing with a ‘moving target’: criminals are opportunists and move between different areas of illicit and licit business depending on enforcement and profitability. For many poor people the pay-offs from illicit activities are so high, and the licit alternatives so unrewarding, that interdiction and prison will not deter them from trying their luck again.

The strategy should therefore move on from only targeting the foot-soldiers of maritime crime to putting more pressure on its organisers: the profits are ultimately consumed and invested on land. We can also do more to offer viable economic alternatives to coastal communities who are in a better position to end maritime crime simply by refusing to protect criminals’ interests, and police illegal goods that are often ultimately destined for developed country markets. Finally, we need to build more inclusive maritime security communities. Repeated interaction, co-operation and common protocols and practices in one arena of maritime security will facilitate communities to take effective action across issues in the long run; witness the ‘the European Coal and Steel community’ which became the basis for European Union.

We had several presentations that show-cased such community building in action. Interpol, partly inspired by the Global Directions International Maritime Security Conferences, has launched a range of initiatives on fisheries crime and identified clear links between illegal fishing and other organised crime at sea. However, Interpol can only give detailed information on criminal activity; it ultimately relies on its members to enforce the rules. Traditionally it has been the role of the flag state to enforce its laws and to check on its ships. Unfortunately, this area of the international system at  sea has been undermined by the inability of many Flag States to effectively ad minister their vessels, and in some cases by the sale of the flag state registries of poor nations to opaque business-people who compete on anonymity, ask few questions and impose no rules. It has become impossible to trace ship owners through these registries. These trends can only be reversed if port states take action against ships with problematic flags of convenience, in particular those suspected of fisheries crime.

ECOWAS is another important emerging maritime security community, with countries surrounding the Gulf of Guinea realising the costs of maritime crime across different sectors of the economy, and the extent of lost government revenue when port incomes are jeopardised through rising insurance cost. Cross-border co-operation, information sharing and joint manoeuvres create trust between countries and new protocols are making it harder for criminals seek shelter in a neighbouring jurisdiction, making interdiction hugely more effective.

As we build security communities we also need to ensure that they include all the relevant stakeholders and all those who can contribute to a positive outcome. All too often we find that there are few bridges between the private sector, the humanitarian sector and the security forces when tackling problems of maritime security and in the aftermath of natural disasters. Sometimes the private sector will have important information and a direct interest in maritime security and could be more involved in its provision, both financially and operationally. A good example of this is the Maritime Trade Information Sharing Centre for the Gulf of Guinea set up at the Regional Maritime University in Accra, Ghana. Sometimes the capacity of the humanitarian and development sector can be greatly augmented by working with the military. A presentation on Operation Patwin showed the phenomenal capacity of the Royal Navy to provide timely aid to Typhoon-stricken communities in the Philippines. Despite mutual suspicions at the outset, the ability to help was greatly enhanced by different sectors coming and working together. The strategic lesson is for us to understand how capacity building which promotes communication, information sharing and co-operative action in coastal regions increases capacity not only to deal with crime, but also resilience against natural disasters; yet again, maritime security shows up as a legitimate development goal.

However, we also need to recognise that the ability of the navies to marshal resources and build communities for effective law enforcement often exceeds that of the littoral states to deal with the arrested criminals or those trafficked or exploited by them. The success of the Somali Counter-Piracy strategy (which has been expanded by the UNODC and IMO to counter wider maritime crime) has driven significant security sector reform throughout the Horn of Africa which has enabled over 1000 pirates to be prosecuted, mainly in the region and to international standards. This shows the equal importance of work ashore to enable investigation, prosecution and detention if efforts at sea are not to be an expensive and time consuming piece of theatre, and points to future requirement whether in the Gulf of Guinea or in post-conflict Libya. Maritime security communities do not stand alone but need to be integrated into the larger law enforcement community on land.

Two presentations looked into the future and showed us how important it is to enhance maritime security co-operation right now. Climate change will put ever greater pressure on food resources and create more migration as communities will find their traditional livelihoods compromised. Equally, increasing economic globalisation means that natural hazards mix with technology to create domino effects across the globe, making developed countries vulnerable to disruptions and disasters in developing nations. It is best to prepare for such events long before they happen. The maritime security communities we are building now are a very good basis for creating greater resilience.

Sarah Percy is Professor in Political Science and International Relations at the University of Western Australia.