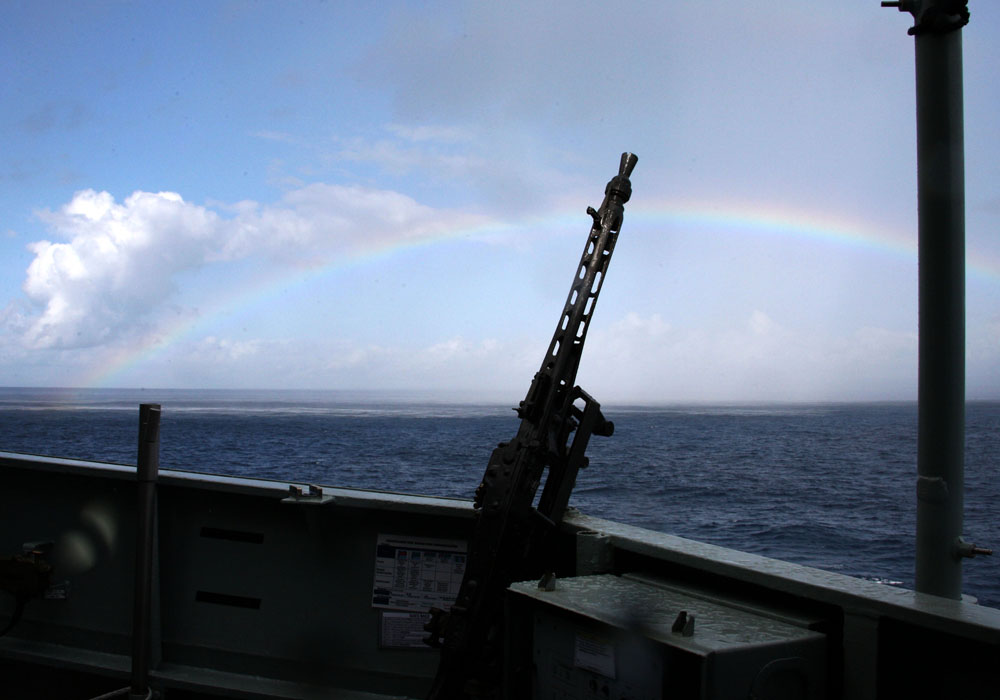 When confronting the crisis of Somali piracy, the preferred strategy of the international community has been to deploy naval vessels to protect vulnerable ships and deter and disrupt pirate attacks. The refrain that ‘the solution to piracy lies onshore’ is oft-heard, but counter-piracy actors—including the US, the EU, and NATO—have been slow to deepen their engagement with regional authorities and hesitant to expand the military scope of their operations. A significant shift in strategy was thus seen on March 23, 2012, when the Council of the European Union agreed to extend the area of operations for the EU’s counter-piracy mission, Operation Atalanta, to “include Somali coastal territory as well as its territorial and internal waters.” While a more inland focused policy is a welcome development, the EU’s proposed escalation of force risks increasing civilian casualties and local resentment and will have to contend with the unintended consequences of mission creep. This new strategy also comes at the expense of an alternative onshore policy: increased international support for maritime security capacity building programs in Somalia’s pirate-prone areas and the wider region.

Launched in December 2008, the EU’s Operation Atalanta, which consists of rotating naval vessels and reconnaissance aircrafts from participating states, was originally mandated under the UN Security Council to protect the shipping of the World Food Programme (WFP) and the African Union Mission on Somalia (AMISOM). The mission has also served to deter, prevent and repress acts of piracy off the Somali coast. The recent addition to Atalanta’s mandate, which was also extended through to December 2014, calls for the targeting of pirate onshore infrastructure, including moored boats, fuel tanks, and communications equipment. While the UN Security Council had previously provided authorization for inland operations, this marks the first time that international naval forces have proposed a plan and policy for strikes against targets inside Somalia. NATO’s Operation Ocean Shield, which operates independently from Atalanta, was also extended through 2014, but onshore operations were explicitly ruled out.

Military experts informing the EU’s decision have argued that attacks should be launched by helicopter gunships in order to accurately hit targets while avoiding civilian casualties. While there was no official pronouncement, Germany’s Der Spiegel reports that a strike limit of two kilometers inland was eventually reached after prolonged debate within the Council. The use of both missile strikes and the deployment of ground troops were prohibited by the Council’s decision. The Council’s plan has not received unanimous support, with Germany’s opposition parties offering the most vocal criticisms.

Somalia’s coastal communities have been largely supportive of both local and international efforts to curb piracy, but aggressive military action and the prospect of civilian casualties threatens to erode this good will and feed into the counter-narrative that pirates are ‘coast guards’ protecting Somali waters (and now shores) from illegal foreign fishing and waste dumping. Many EU members—such as Spain, Italy, and Greece—have been accused of these acts, but Atalanta’s new mandate does nothing to address this grievance.

As the EU moves towards a more aggressive counter-piracy strategy it also runs the risk of sacrificing its previous commitments. Naval resources are costly and scarce, as Atalanta is already tasked with patrolling 2-million square nautical miles with between four and seven warships and two to three recognisance aircraft, depending on the season. While the operation’s continuing mandate entails protecting and escorting WFP shipments to Somalia, it now appears to be stretched too thin to accomplish this. Chartered vessels delivering WFP aid have recently had to hire private security teams for protection, causing delays when the legality of the teams needs to be questioned at stops in ports such as Djibouti.

Though Spanish Foreign Minister Jose Manuel Garcia-Margallo assured skeptics that “much care” will be taken to avoid civilian casualties, history teaches that even the best intentioned interventions in Somalia tend to go awry. Pirate bases are not the sprawling “lairs” that the media often paints them to be. In reality, they are temporary and mobile camps made up of little more than a few tents, vehicles, and moored boats. Heavy weapons, ladders and other boarding equipment are some of the only things differentiating fishermen from pirates, but these distinctions cannot always be identified though aerial survaillance. Given the visual similarity between the two groups, experts from Germany’s foreign intelligence agency warned that the EU’s new strategy runs the risk of misidentification and civilian deaths.

Coalition naval forces mistaking fishermen for pirates has already resulted in several deaths at sea. At least eight Somali fishermen are still missing from vessels that were allegedly attacked by foreign warships in mid February. Fishermen operating close to Mogadishu exclaimed that their “jobs are in jeopardy,” telling Somalia Report that they fear attacks by coalition warships. On February 15, Italian marines protecting a cargo vessel shot dead two Indian fishermen they believed to be pirates off the coast of southern India, sparking a diplomatic incident between the two countries. On March 12, two Somali fishermen were killed after an unknown naval vessel (later reported to be a US Navy ship) opened fire on their boat. While the EU’s inland strategy has received a great deal of press coverage, this incident is yet to be picked up by the international media, nor has a statement been made by the US or any other naval coalition member.

Critics of the new mandate have warned that even with the most careful of targeting, Atalanta’s planned onshore operations escalate the risk of EU forces stumbling into “a high intensity conflict” with armed gangs in Somalia. This threat is heightened by the fact that many pirate gangs have moved south and are now operating out of areas controlled by the Islamist militia al-Shabaab. Somalia’s pirates have proved themselves very adaptive, and it is likely that they would move their bases further inland into civilian areas in order to complicate the EU’s efforts to target them. Though ground troops have been excluded from Atalanta’s expansion, soldiers may still need to go ashore in the event of a helicopter being shot down or malfunctioning. The results of the infamous 1993 “Black Hawk Down” incident should serve as a sobering reminder of the unintended consequences of mission creep.

Is There a Better Way?

Members of the Council of the European Union are correct in recognizing that piracy at sea cannot be separated from its bases on land, but their approach to tackling this issue is misguided. As this author has previously argued, a lasting solution to the piracy problem requires the international community to begin shifting resources away from a military-centric strategy and towards a program for regional maritime security capacity building. In particular, the EU, NATO and other counter-piracy actors must deepen their engagement with, and support for, authorities in Somalia’s pirate prone areas, primarily the autonomous states of Puntland and Galmudug.

With little international assistance, the newly created Puntland Maritime Police Force (PMPF) has cleared pirate gangs from their stronghold in Eyl and a number of other coastal towns. Local understanding and intelligence has reportedly endeared the PMPF, who also engage in fisheries protection and humanitarian assistance, to the communities in which they operate. While they have had their successes, the PMPF lacks the resources to confront the pirate gangs across the wide expanse of the region’s coast. Puntland’s annual state budget was a reported $20-million in 2010, while the pirates took in an estimated $160-million in ransoms.

A similar problem exists in neighbouring Galmudug, where authorities have expressed plans to launch operations in the pirate hub of Hobyo, but lament that “there are no international organizations sponsoring us.”

There are numerous ways that the international community can support local counter-piracy initiatives. Coastal infrastructure such as roads, docks, and radar stations need to be developed, while maritime police forces require training, vessels, and (most importantly) paychecks.  Investing in maritime security capacity building for Somalia’s sub-state regions does not sound as sexy as ‘bombarding pirate lairs,’ but it remains the best way forward for a long-term strategy.

James Marcus Bridger serves as a Content Editor and Senior Research Analyst with the Atlantic Council of Canada as part of the Department of National Defence’s Security and Defence Forum Program. He holds a MA in Political Science from the University of Toronto, where he specialized in International Relations. James’ current research focuses on issues of African and maritime security. Building from his initial fascination with Somali piracy, James has expanded his scope to address such issues as: the evolution of piracy in the Gulf of Guinea, foreign intervention in Somalia, transnational insurgent groups in the Sahel, and the role of private military companies in African peacebuilding. When trying to clear his mind of pirates, terrorists and militants, James escapes to cycling, travelling and leisure sports.