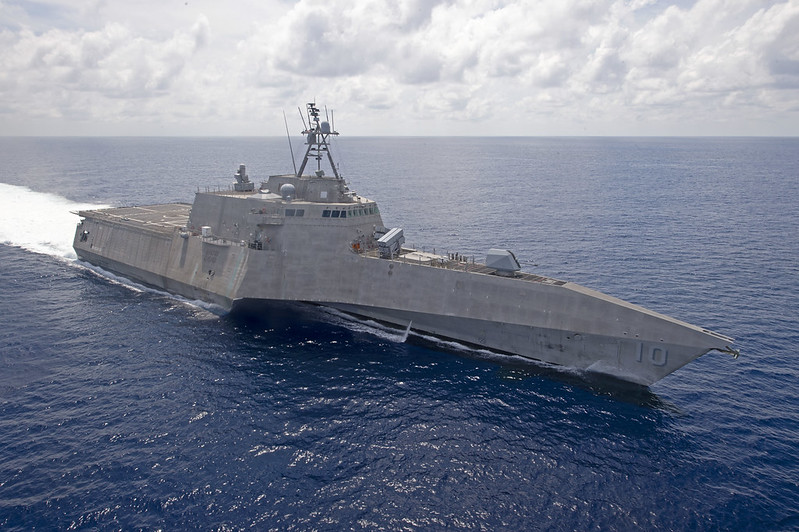 We should be embarrassed that so little has been written about the politics of the sea in the field of International Relations (IR). Traditionally limited to the study of relations between states, even the cultural turn that so reinvigorated scholarship in IR a few decades ago has maintained the focus of research on political phenomena that occur on land. Flicking through a basic textbook in IR one would be forgiven for concluding that IR is a landlocked discipline. As a discipline, its knowledge of the role played by the sea in global history is, simply put, too basic and thus dangerous. More often than not it comes down to simplistic statements about the freedom of the sea that are too rarely critically challenged. The danger lies when maritime commentary bases its analysis on this freedom, writing about it as though it has always existed, that it is sacrosanct and that it must be maintained for the good of humanity. Military intervention is usually justified on the basis that the freedom of the sea is a fundamental principle of human progress. The open sea, we are told, must be secured, for commercial reasons, for environmental reasons, and for moral reasons.

Towards a critical engagement with the sea

The limits of our critical engagement with the politics of the sea were clearly demonstrated with the mass drownings of asylum seekers crossing the Mediterranean. The problem emerged when we tried to reconcile our quaint understanding of the freedom of the sea with the boundaries that those fleeing war and oppression were facing. Watching the migrants move across the Mediterranean, looking at forensic analyses of the reasons their boats had floundered we realised that there were lines on the sea that seemed to be regulating their chances of survival. The Med, although smooth and free to the human eye, actually contained a complex series of borders and zones of responsibility with more or less sovereign power. We watched Italian vessels wait for a boat to enter the Italian search and rescue zone before intervening. We read about a NATO vessel which seemed to fatally hesitate to save a boat because it had floated out of its operational zone. The freedom of the sea, we quickly realised, is a quite specific form of freedom. It is a freedom that has a very concrete architecture, not only legal but cartographical. In fact, the key for anyone trying to understand how seaspace is governed lies in how a space that is ostensibly free is secured by lines drawn on charts. These lines are territorial markers, drawn with ink that is rapidly hardening. These lines are in fact the new hard borders of the world political map. As one commentator has put it, we are teaching our children incorrect geography when we ask them to identify countries on globe based on land mass. The new political geography of the world needs to include sea space and the stretch of state jurisdiction on the world’s oceans.

A space of freedom?

I am currently writing a book that traces out the history of these lines. My perspective is historical and it incorporates a critical evaluation of the concept of freedom when applied to maritime space. Throughout history, it argues, we can observe the gradual zonation of the sea for national security purposes. Somewhat controversially, it forwards that the politics of seaspace tells us far more about security than it does about freedom.

The normative vision of the sea is one that refers to a space of common heritage for humankind. This implies the sea is an entity that cannot be possessed, as for instance is the sun. The premise of this categorisation is that the sea is god given and indivisible. Arguments based on natural law, much derived from theology, ancient historical poetry and mercantilist economic theory, forwarded that, as common heritage, the sea shall be treated separately from land. This was a political and a legal separation. In this sense, the sea came to be treated as a borderless free space. The size of world’s oceans and our lack of knowledge of its geography meant that it was, moreover, a relatively invisible space – where the boundaries of right and wrong were different from those found on land. Whereas the discipline of IR blindly subsumed this distinction between land and sea, my research is interested in the tendency for the space produced by common heritage to be one of economic and military freedom. In other words, the freedom of the sea is an exemplar of a sort of freedom that avoids (telluric) democratic conceptualisations of freedom. It is a competitive and violent understanding of freedom that creates hierarchies of access that are protected by increasingly technologically advanced practices of surveillance and intervention.

This technocratic and exclusive freedom of the sea occludes aesthetic conceptualisations of freedom. Arguably, in its globalist, universalist format, by default it also does not include cultural conceptualisations of local freedom. All of this is important for our appreciation of the maritime sphere. It tells us that the sea is not a democratic space, and neither is it a public space. It is, in fact, as my work demonstrates, a zoned off space of freedom.

Understanding the security architecture of the seas

To be more accurate, it is a space constituted by multiple zones of security. Belying its normative reputation as common heritage, the sea is a site of complex of shifting boundaries drawn up and monitored by a multi-layered networks of governance. Mostly, however, the boundaries of the sea are marked out and ever contested by littoral states. Our freedom of the sea is a freedom that is agreed to, drawn up and secured by littoral states for whom a slice of common heritage bestows commercial and military benefits. The politics of the freedom of the seas is, therefore, best approached via the underlying security architecture that shapes our access to seaspace. It is contained in the exceptional politics of sea borders and of oceanic zonation and the practices of security that constitute them. If we want to reassert the sea as a space of common heritage we need to ask how this economic militarised space can be made subject to democratic standards, how, perhaps we can reformulate the freedom of the sea so that its architecture is that of a pluralist public space.

Monmonier, Mark, (2010), No Dig, No Fly, No Go: How Maps Restrict and Control. Chicago: University of Chicago Press.

Schmitt, Carl, (2006), The Nomos of the Earth in the International Law of the Jus Publicum Europaeum. New York: Telos.

This commentary was originally posted on piracy studies, and can be accessed here.