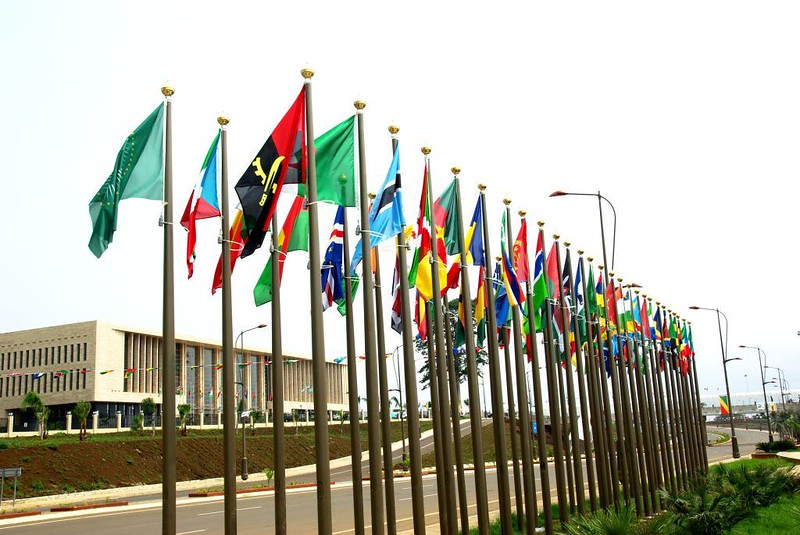 The African Charter on Maritime Security, Safety and Development in Africa (the Lomé Charter) is the outcome of the African Union Extraordinary Summit held in Lomé, Togo in October 2016. The idea of the Lomé special session was to build up on the results of previous summits held in Yaoundé (June 2013) and the Seychelles (February 2015) and to take the African blue economy and maritime security agendas forward.

The Lomé Charter is a momentous document in three main ways. First, it moves the African maritime security agenda from a mainly soft law, non-binding approach, as reflected in vital instruments such as the 2009 Djibouti Code of Conduct, the 2013 Yaoundé Code of Conduct or the 2050 Africa’s Integrated Maritime Strategy (AIM Strategy) adopted in 2014, to a hard law, legally binding treaty approach. Second, it seeks to accentuate the crucial linkages between maritime security and safety, and the huge prospects of utilising the marine spaces and resources as a key driver of Africa’s economic and social development. Third, it provides a legally binding definition, though framed in rather general terms, of Blue/Ocean Economy. Article 1 of the Charter defines the Blue/Ocean Economy as “sustainable economic development of oceans using such technics as regional development to integrate the use of seas and oceans, coasts, lakes, rivers, and underground water for economic purposes, including, but without being limited to fisheries, mining, energy, aquaculture and maritime transport, while protecting the sea to improve social wellbeing”.

In this blog, I argue that although the Lome Charter is a positive achievement, to effectively progress on the African Blue Economy there is a need to develop the annexes to the Charter to highlight the developmental aspects of the Blue Economy. Also, I identify some challenges that would arise as regards the actual implementation of the Charter.

Why the Lome Charter has Annexes

During the adoption of the Lomé Charter, it was felt that certain Specialized Technical Committees (STCs) did not have the opportunity to be involved in the elaboration process of the Charter, especially as regards the developmental aspects. Thus the African Union (AU) Assembly requested the African Union Commission (AUC) to: “[T]ake all necessary measures in order to convene Extraordinary session of the relevant Specialized Technical Committees(STCs) which were not involved in the elaboration process of the Charter namely: the STCs on Trade, Industry and Minerals, STC on Transport, Infrastructure, Energy and Tourism, STC on Monetary Affairs, Economic Planning and Integration and any other relevant relevant STCs to enable them to consider issues falling within their respective mandates and submit their contributions to the African Charter, in the form of annexes, to the Assembly for consideration in July 2017.” (Assembly Decision Ext/Assembly/AU/Dec.1 (VI) by the AU Extraordinary Summit, held on 15 October 2016). The Assembly stressed that such Annexes, when adopted, would form an integral part of the Charter.

The work of the ad hoc experts group

As a follow up to this Assembly decision, the AUC convened an ad hoc experts group, consisting of a range of experts from different disciplines, of which the current author was privileged to be a part of, to develop the draft Annexes. The Ad Hoc Expert group held its first series of meetings at the AU headquarters in Addis Ababa in January 2017. After deliberations and a number of meetings involving plenary meetings, cluster meetings, with the involvement and contributions of relevant AU officials, the Expert group, working closely with the AUC legal office, was able to come up with draft Annexes.

In drafting the Annexes, the experts had to engage with a wide variety of marine developmental issues, such as renewal energy; marine fishery and aquaculture; deep sea mining and extraction of non-living resources, including offshore oil and gas; marine transportation, including shipbuilding, ship repair and port operations; coastal tourism; the possibility of establishing a maritime fund and of course the important issue that the engagement with the marine spaces must be done in an environmentally sustainable manner. Thereafter, a validation workshop, consisting of some additional experts, as well as stakeholders representing different groups engaged in marine affairs in Africa, was held again in January at the AU Headquarters at Addis Ababa and their inputs were incorporated into the draft Annexes prepared by the group of experts.

The draft Annexes, along with certain programmatic activities and recommendations for implementation of the developmental aspects of the African Blue Economy, with timelines divided into short, medium and long terms, prepared by the Expert group, were then submitted to AUC Chairperson’s office. Subsequently, in March 2017 another expert group meeting was held to fine-tune the draft Annexes.

It is left to be seen whether the joint STCs meeting would be convened early enough to meet the July 2017 deadline, as stated in the Assembly’s decision at the Lomé Summit, for adoption of the Annexes. Nonetheless, as stated above significant progress has been made in putting together the draft Annexes to the Charter.

It is interesting to note that neither the Charter nor the proposed Annexes engaged with the concept of the Combined Exclusive Maritime Zone of Africa (CEMZA), which was mentioned in the AIM Strategy. In the view of this author, this is not surprising, as more would need to be done to clarify what this concept actually means. Evidently, if the idea of the CEMZA is to transcend the sovereignty/sovereign rights given to each coastal State over their marine space by the provisions of the United Nations Convention on the Law of the Sea(UNCLOS) 82(See for e.g. Articles 2, 55, 56 and 57 of UNCLOS 82), this would obviously require rather complex negotiations amongst AU member States and is obviously outside the scope of the annexes.

Challenges for the annex work and implementing the charter

While there appears to be a unity of purpose in the AU on the need to highlight in the Charter the vital linkages between maritime security and safety, as well as the developmental aspects of the marine space, there are some challenges. First, there is the challenge of the rather slow and long drawn ratification process of treaties by AU member States, resulting in such treaties taking a long while to come into force and become binding on member States. For instance, the African Maritime Charter and the revised treaty, adopted in 1994 and 2010 respectively, are yet to formally come into force. The Lomé Charter requires that the treaty shall enter into force 30 days after the deposit of the 15th instrument of ratification. Once the Assembly adopts the Annexes, there would have to be a clear-cut strategy to encourage member States to ratify the Charter, along with the Annexes, speedily.

Second, there is the challenge with the actual implementation of the Charter. There is thus a need to have programmatic activities, with a strategic roadmap having realistic timelines, under the auspices of the AU, to actually implement the Charter and move it from ‘paper to action.’ To achieve the important task of implementation, ownership of the Lomé Charter by AU member states is essential. The member States incorporating the Charter into their domestic laws could realize this. Furthermore, by more AU member States establishing high profile programs, similar to the South African Ocean Economy initiative under Operation Phakisa or the Mauritius Vision 2030 Strategy that includes the development of the Ocean Economy.

Third, to ensure that the Charter plays its role as an instrument for the development of the African Blue Economy there is the need to address promptly the challenge of effective coordination. The Blue Economy by its very nature is multifaceted and multidimensional. There is an urgent need for the establishment of a high profile department/unit in the AU that would coordinate the various aspects of the African Blue Economy to ensure coherence. This absence of such a high profile AU coordinating department/unit, in this author’s view, is a contributory factor to the non-involvement of certain crucial STCs in the elaboration of the Charter for the Lomé Summit, in the first place.

For a PDF of this commentary, please click here