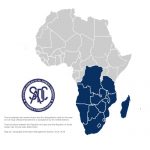 Africa’s maritime domain has steadily emerged as an important security landscape for Africans as well as for the wider international community. This importance is portrayed by the ever-growing number of naval vessels in African waters, but also in the turn to maritime matters taking place in the peace and security agenda of the African Union. It cannot be ignored that piracy off Somalia set the scene for much of the global maritime awakening. However, it is also necessary to place events off Africa within the wider realm of responses to conflict. Conflict prevention and conflict resolution are established ways to react to complex conflicts. Over time both have matured in a way that offers some useful pathways to understand and respond to the threats and conflicts of the early 21st century. Yet much of the learning curve to prevent or resolve complex and dangerous violent conflicts took place on land. Nevertheless Africa is experiencing rather dangerous and violent maritime spill-overs of landward conflicts. Though the international response is encapsulated by naval missions doing anti-piracy, a recent article in the Journal of the Indian Ocean Region, argues that it is also time to set the ongoing and even future maritime missions off Africa within the larger conflict resolution framework. East Africa offers the leeway to bring together some elements of theory and practice of maritime conflict resolution.

Conflict resolution missions are undertaken when security has deteriorated to the point where prevention is seen to serve little purpose, and that violent conflict has become so protracted that interventionist measures, rather than prevention, are the answer. This is in all probability the ongoing de facto situation in and off Somalia. From a conflict resolution point of view, it is necessary to contain as much as possible the spill-overs of the conflict and also to prevent new threat clusters. It is the latter imperative that brings events off the coast of Somalia into focus as a parallel conflict domain that is fuelled by the events on land and in turn exacerbate conditions on land. In the case of Somalia one can also argue that the off-shore dangers with piracy as the lead threat have escalated to the point where the indicators for preventative action have become largely irrelevant. The actions to contain the threat at sea thus had to assume a parallel role to those on land as both became de facto conflict resolution missions with the broad consent of the United Nations and the African Union. In the case of Somalia, the interface of landward and maritime threats that in tandem quickly escalated past the point of prevention offers a case where the framework of conflict resolution serves to better understand the threat and response continuum. Here one finds an added and very interesting caveat that resolution is not only useful to respond to and resolve dangerous conflicts and threats on land. Somalia in fact demonstrates that conflict resolution on land can be augmented rather well by a parallel mission at sea.

Conflict prevention is perhaps more developed as a theory than in its execution given the warnings and entrapments of undue actions in pursuit of conflict prevention. However, in the waters of the South African Development Community (SADC) along the coasts of Mozambique and Tanzania one finds since 2011 a maritime operation taking place in order to prevent the events off the Horn of Africa spilling into the northern waters of SADC. As opposed to the international response to a deteriorating situation at sea off Somalia, the SADC operation is much more preventative in kind as the threats in the northern waters have been rather low-keyed, but nonetheless responded to. Here aspects of a very early, collective response and one framed by decision-makers from SADC as a preventative operation are visible. Arguments on prevention include shielding SADC waters and also SADC countries from potential piracy spill-overs, and also from a migration of threat-outcomes onto land by way of interference with shipping, fishing, emergent energy fields and infrastructure. These arguments and the naval actions lean much more towards conflict prevention. Although small, Operation Copper (as the SADC operation became known) complements the international responses further north. Copper presents a preventative maritime barrier to pirates and other criminal syndicates fleeing the larger naval efforts off Somalia from finding a foothold off the coasts of Tanzania and Mozambique.

To sum-up, both cases offer a platform for viewing a real and a potential maritime threat landscape through the lenses of conflict resolution and conflict prevention. In the case of Somalia one can observe the complexities to bring about a maritime response in support of conflict resolution on land and the enduring nature of such parallel missions on land and at sea. SADC’s Operation Copper illustrates that conflict prevention can also be uniquely maritime in kind, but it also reflects the potential entrapment or uncertainty of deploying expensive naval assets of developing African countries to prevent a potential threat at sea. In theory, Copper could well be a preventative measure to forestall a situation that requires the complex and expensive resolution measures so visible off the Horn of Africa.

Vreÿ, Francois. 2014. “Entering the Blue: Conflict Resolution and Prevention at Sea off the Coast of East Africa.” Journal of the Indian Ocean Region 10(2): 203–18.

Francois Vreÿ is a Lecturer at the Faculty of Military Science, Stellenbosch University, Stellenbosch, South Africa. His research interests include future warfare, maritime security developments off Africa and evolving thought on securing the oceans as a public good. Francois can be contacted at francoisvrey86@gmail.com

The UN Ocean Conference has kicked off. A dense week of meetings and events ahead, including our own event on infrastructures and subsea cables with @timwalker919 @safeseas1 @UNODC_MCP and others.