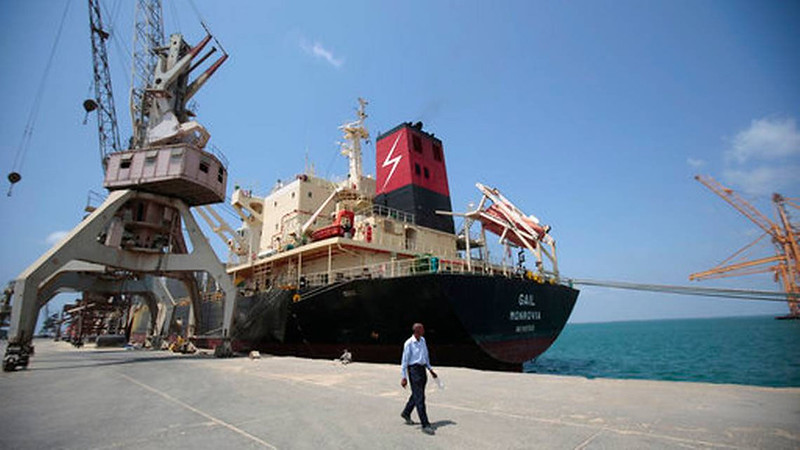 What started as a small scale rebellion has now become a full-fledged civil war fuelled by external engagements: Yemen’s political futures is more and more uncertain. The country is on the way to a protracted conflict as we have come to know it from the situations in Somalia, Libya and elsewhere. Yemen’s conflict is mainly seen as a regional problem and interpreted as a proxy war between the regional powers Saudi Arabia, Iran and the United Arab Emirates each taking different sides in the conflict. That the country not only faces a humanitarian disaster, but that the conflict has transnational and indeed global consequences has hardly been acknowledged so far.

One of the lifelines of the global economy is under threat by the conflict: the shipping lanes transporting not only the majority of Middle Eastern oil and gas, but also the goods from Asia to Europe run close to the Yemeni shore. Conflict on land is already spilling over to the sea. International observers recorded throughout 2017 a series of attacks at sea.

In 2017 at least four ships were attacked by missiles and explosive devices. For instance, on the 29th of July an explosive boat attack took place close to Al Mukha port. The boat exploded in vicinity to several ships and reportedly the UAE FRANKENTHALL suffered significant damage.

Reportedly also naval mines have been started to be used in Yemeni waters.
So far the main target of these attacks have been vessels of the Saudi Arabian coalition. The spill over of violence to the sea, however, implies a considerable risk of collateral damage to international transport, and that commercial vessels might be targeted in the future

How severe these risks are becomes more obvious if we look at Yemen in the context of other maritime spill overs. International negligence towards the civil war and state failure in Somalia contributed to one of the most virulent outbreaks of piracy in modern history. While piracy has been contained to some degree, it is by no means over as the series of seven piracy incidents in 2017 indicates. Likewise, lack of attention to the emerging civil conflict in Libya after the end of the Qaddafi regime, spurred the human trafficking crisis we continue to witness unfolding in the Mediterranean.

In both cases it was ignorance towards the relation of security at land and at sea which allowed those maritime threats to escalate. Piracy off the coast of Somalia and human trafficking in the Mediterranean imposed significant costs on the local economies, for international transport and for the massive naval response required to cope with it. The lesson: preventive action is cheaper. Action is required when a threat is emerging. This is the situation we are witnessing in Yemen today.

The international naval forces operating in the area have started to address the Yemeni situation. Multi-national coalitions such as the Combined Maritime Forces operating out of Bahrain are monitoring the situation, have initiated a secure transit corridor through the Red Sea and issued guidelines for the shipping industry. These measures reduce the risk of collateral damage for the international transport industry. Should a scenario become reality in which commercial shipping is targeted they will be insufficient.

Preventive action, in the form of diplomacy, pressure on the conflict parties in Yemen, but also shared planning and coordination by the maritime security actors in the region is required now. Only then the next maritime catastrophe and further suffering of seafarers can be prevented.
The broader lesson is, that despite all rhetoric, the maritime dimension remains one of the blind spots of international security. In particular, the link between security and development developments on land and their consequences for the maritime domain remain poorly understood.

Originally published as Bueger, Christian. 2018. Maritime spill over! Shipping at risk. The global consequences of the conflict in Yemen. SIGLA Research Brief 1(1), February 2018, University of Stellenbosch, at http://www.sun.ac.za/english/faculty/milscience/sigla/publications/briefs-2018