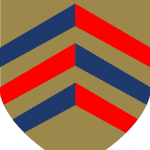 This year’s conference was on the theme of “governance” and explored both state and non-state responses to insecurity, risks and opportunities in the maritime domain. It saw the return of leading international academics and policy officials who have been engaged since the first such event and the expanded interest both in terms of numbers and their background. It was a timely examination in light of developments in the Indian Ocean which have seen UN activity extend from piracy to other maritime crime, and stresses on national governance leading to significant insecurity in the maritime zones of West Africa and SE Asia, and resultant international political, including G7, interest.

Formal institutions, laws, regulations and enforcement usually arise when it is perceived to be in a state’s national interest to provide them or contribute to a collective effort. Informal and extra-legal institutions are private sector solutions to the absence of law and order or the lack of state enforcement of rules and norms.

We had several presentations which shed light on when a formal, state response might be “in the national interest”. At the centre of this decision is a cost-benefit analysis. What is the potential cost of a threat and how much do we have to spend to avert / mitigate it? If there is an opportunity to save money – e.g. by adopting a new technology such as maritime autonomous systems – what are the potential risks and costs? For this exercise to be meaningful we need to be aware of problems and threats in the first place and much international effort has gone into raising maritime domain awareness, sharing information and interpreting that information.

Once something is recognised as a serious threat to national security, resources will be made available to tackle it – as seen by the response to Somali piracy and (eventually) the Ebola crisis. The cost of solving a security problem crucially depends on whether or not that cost can be shared with other agencies or states. International maritime co-operation in the case of piracy showed the huge potential of “networked co-operation” where each state made a small but important contribution to the overall effort. Networked co-operations are likely to bring a new set of maritime security issues into the realm of being resolved by states, simply because of the lower cost and diplomatic side-benefits of solving a problem collectively. The international order at sea lends itself to international and interagency co-operation.

However, even with the potential for acting collectively, we saw that there are many problems which are not currently on the list of national priorities for any country. Governance/enforcement at sea is out of sight and is not well understood in mainstream policy and development forums despite the economic and security benefits it might bring. The private sector responses and informal institutional arrangements which have sprung up to deal with insecurity (whether created by a legal vacuum or lack of enforcement) are in many cases “disasters waiting to happen” or create spaces for criminal enterprises to flourish. We looked at informal responses to state-provided law and order both in offshore and onshore contexts.

In the offshore context, a major law enforcement vacuum is created by the existence of a number of flag registers which are extremely opaque and have no ability or intention to enforce compliance with any international laws. Usually the register is not even situated in the country whose flag is being used by the ships. Such “flags of secrecy” allow criminal organisations to hide their identity, activities, profits and assets. In an international system in which many obligations are devolved to flag states, the existence of these registers means that fisheries crime is not just transnational but effectively stateless. Diplomatic efforts to create guidelines, which become the basis of “soft law” and eventually a basis for actual rules and regulations usually fail at the implementation stage. Unless law is enforced or there is an economic incentive to comply with the rules, they will be ignored by criminal organisations. A significant focus of strategic international effort must be on the obligations placed on all Flag States to effectively administer the vessels that sail under their exclusive jurisdiction and which are protected from third state intervention on the High Seas.

The “direct enforcement” activities of organisations such as the “Sea Shepherds” and “Black Fish” and perhaps the early attempts by Somali fishermen to push foreign trawlers out of their fishing grounds are born out of frustration with the impunity of criminals engaging in illegal, unlicensed and unregulated fishing. Indeed, we see that although these direct actions are often illegal, public opinion takes a pragmatic approach to these activities. They may be acceptable as long as they are effective and “not for profit”, but interaction with them poses a presentational challenge for governments and navies.

Informal governance also arises in response to state failure and an institutional vacuum on land. Where the state does not provide law and order, protection will be provided privately by armed gangs. The main problem with such private security is that it is undertaken for profit, and not necessarily in the common interest or to maximise social welfare. We discussed how local and provincial governments can turn to protecting criminals in times of budget constraints. Parallel governance structures (such as clans or minority populations) which are not co-opted into the political system or are deliberately excluded from it may also turn to protecting criminal activity or directly threaten the state if they have the capability to do so. In the worst case scenario, insurgent-controlled territory becomes a safe haven for criminal and terrorist activity. Somalia provides examples of all of these scenarios, from the Puntland government financed by pirates to Al-Shabaab running the charcoal trade, but similar issues are also evident in Nigeria and could develop in Yemen.

We also see a private sector response to the maritime security problems created by weak and failing states, e.g. merchant ships looking for protection from pirates. Private sector security companies and the floating armouries they use to circumvent restrictions on firearms in territorial waters create new risks in the maritime domain. Large weapons caches are stored on the high seas and though officially their use is limited to self-defence, the companies are not well monitored or regulated and may contribute to maritime insecurity in the long run.

One fruitful way to study institutions is to view them as the “answer” to the questions posed by a specific environment – a process not unlike the Darwinian process of natural selection. Although we may prefer particular types of institutions to others, we also have to pay attention to the context in which they evolved. It is usually pointless to impose or export “good institutions” from one context to another: they usually fail to take hold. So in responding to informal governance we need to answer a number of questions.

Firstly, we need to examine more closely why certain contexts produce particular types of informal governance and whether we are right in rejecting them as “bad” institutions. They may in fact be the best response to a wicked problem and labelling them as “corrupt”, “criminal” or “terrorist” may be counter-productive. Secondly, if we are unhappy with the “answer”, we should consider whether we can change the question. If undesirable institutions arise in response to exclusion, disenfranchisement, poverty or exploitation then these root causes need to be addressed. Thirdly – even if we do not like the form of governance or the identity of the governance provider we can assume that they will respond to incentives. If we incentivise “good behaviour” or make harmful activities costly, then we can mitigate the effects of “bad” governance.

Recording of our event - SECURING THE SUBSEA DATA CABLE NETWORK: TIME TO RETHINK? - now available. Really insightful discussions, with some great questions and things to ponder on in future. Thank you to everyone involved in panel and discussion.

Today, CMS’ Head of Centre @Breitenbauch will be the chair of a panel at @safeseas1’ webinar “#Securing the Subsea #Data #Cable Network: Time to Rethink?”. It is 3 pm (CEST) (or 2 pm BST). Register here: https://bit.ly/3hBFp2Z